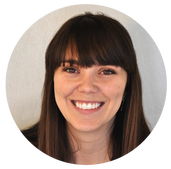 My name is Melissa Megginson Axtell and I promise I'm not bad at math. Now basic arithmetic tells us that 10 + 12 + 23 + 25 + 30 does not equal 32. But in the equation that equals my 32 years on this earth, each of these ages are necessary integers in making up the equation of who I am today.

Thirty can be a scary year for many. The big 3-0 can make you realize how far you've come and how much further you have to go. For me, 30 was a really big year. After having a lifelong dream of earning my master's degree (and failing out seven years earlier), I finally completed my MBA from the University of Oklahoma. I went to school part-time while working full-time leading to thousands grueling hours of studying and maintaining my workload. Walking across that stage at graduation and being handed my diploma by my father was one of my proudest moments. While I thought this moment would be the pinnacle of my 30th year, I was proven wrong when my boyfriend proposed to me after 6 years of dating. On June 27th, 2019 I made the promise to John Axtell that I would spend the rest of my life with him.

While my addition is off and I might not be 100, these important numbers make up the equation of my 32 years of life so far.​